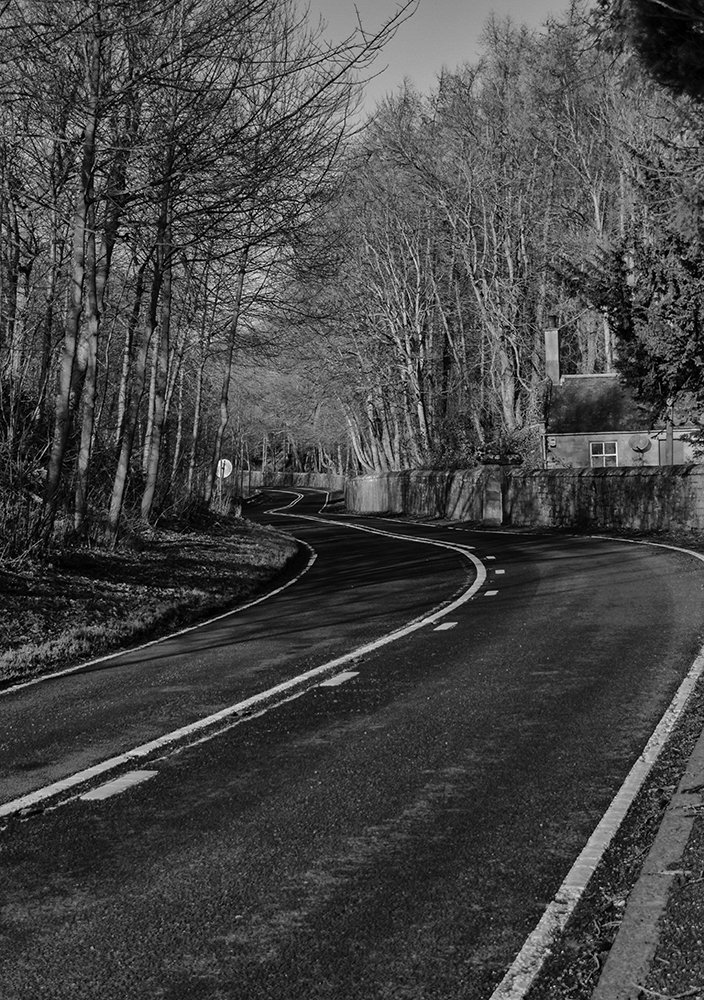 A new start - some new ideas

16/02/2016
It has been far too long since I was here at the blog. My photography voyage has continued and reward for my endeavours has come in the shape of my Licentiate from The Royal Photographic Society. I'm now working on a project that I hope will achieve Associateship, but more on that another time. For now I'll take a new road as far as this blog is concerned and offer up ideas and tips on various aspects of this wide ranging subject. I'm not intending to produce massive in-depth articles here, just a quick and hopefully thought provoking piece that may help you further in photography.

This time I'm looking at how you can use lines in an image to create depth and also control how the viewer scans the image. It is quite straightforward, if you understand how the human brain takes information from the eyes. Look at the image above. While it is not very exceptional, I'm very confident I know how your eyes scanned over it. The brain (assuming it is not of an Arabic reader) starts on the left edge of an image - usually near the bottom. Any strong line starting in that area will naturally catch and hold the viewer's attention and lead it onwards. So here the viewer started on the road markings and followed them all the way to the vanishing point. Having arrived there the eyes scan right to pick up any other significant elements (in this case the house) before finishing on the right hand side of the image. By careful composition and the use of dominant lines the photographer can lead the viewer through an image the way that the photographer intends.

The other important characteristic of lead-in lines is that they create a strong feeling of depth to an image. The viewer's attention is drawn right into the image to either a significant element in the distance, or in this case to a vanishing point. Of course to get an overall pleasing result this technique may well have to been used in harmony with "the rule of thirds" or "the golden spiral" and I'll look at these another time. Suffice to say composition in photography is a big subject and many many books on it have been written over the years. However, this little trick could help you produce an image with that extra interest that holds the viewer's attention that little bit longer.
Next
Previous